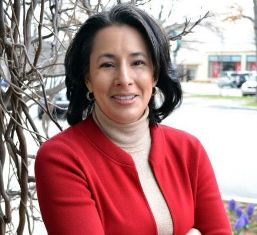 You are from New Jersey originally, how did you end up in Oklahoma?

I grew up in New Jersey, and my parents were significantly older when I was in high school, so they retired and moved to California. As an adult I started traveling in college … and did that for a while. Then I became the employee of a travel company, so every few weeks I was in a different state and I ended up in Bartlesville on an assignment – loved the people I met there … and have pretty much stayed in Oklahoma ever since.

What is your favorite place you’ve traveled to?

Seattle. First of all, I love rain. Every day it drizzled, and I was really into running, so it was like running in air conditioning.

Photography, actually. I have a series of photographs I’ve framed. It’s not just taking a picture of something, it’s more the angle. It’s different seeing something through a lens.

Is it digital photography?

Actually it’s film (black and white). I love shooting with film and developing photos. It’s like a surprise every time I get them developed.

What’s something people may not know about you?

About the Author : Penny Stack